The oldest and one of the most prestigious technical universities in Kazakhstan, known for the developments in the fields of mining and oil business. For more than 80 years, the university has been synonymous with technological progress and leadership in Kazakhstan. Although Satbayev University’s business card is dominated by technical specialties, it is an interdisciplinary university where architecture and management are taught, too.

beds
in the hostel

places
in the military department

As part of transforming related to higher education in Kazakhstan K.I. Satbayev University was assigned “National Research University” category in 2014 that resulted in collaboration with outstanding scientists of the world. Satbayev University comprises National Technology Center “Parassat” and 8 research institutes as well. The university cooperates with 174 leading higher educational institutions from 25 countries of the world (including the USA, England, Germany, Italy, France, China, Korea and Poland).

Currently, Satbayev University conducts cooperation with the largest industrial organizations of mining metallurgy and oil-gas industry to implement research projects and personnel training. One of the key areas of Satbayev University is project development in the field of "green technology" and extraction of hydrocarbons from alternative sources.
The university includes international educational and production centers, subsidiaries that were opened jointly with Kazakhstani and foreign enterprises.

Scientific and innovative activities of NJSC "K.I. Satbayev KazNRTU ”aims to develop fundamental and applied research in five priority scientific areas of the republic, as well as to create technical innovations focused on scientific and technological support of economy priority sectors with the attraction of private investment and the use of public-private partnership tools. Satbayev University meets all international requirements for scientific and technical support of large state projects in the sphere of subsoil use and other areas.

Leading positions in the national and international rankings

The implementation of the principle of “learning through research” is the main task of Satbayev University. The University conducts a wide scientific work, monitoring and analyzing of domestic and world trends in the development of science in the specialized fields of the university, and searches for resources of funding for basic and applied research in the specialized research and educational areas. Satbayev University conducts contract research with such well-known private and state enterprises as “Kaztsinc”, “Kazchrome”, “PetroKazakhstan Kumkol Resources”, “Tospa Su”, “Kazatomprom”, “Parasat”, and “Pavlodar Petrochemical Plant”.

Along with the contract research on the production problems and extensive work on the commercialization of the scientific discoveries, the university conducts search and selection of ideas, promotes the formation and implementation of innovative projects, the creation and development of start-up companies, the attraction of grants and investments. Organizes and provides legal protection of the results of intellectual activity.

The main goal of Satbayev University in modern world is to unite specialists and students from different countries of the world, to strive for the sustainable development with the help of innovations, to become a significant international research university recognized by the world scientific community.

The university curriculum introduces the teaching of modern specialties, in which currently there are no specialists in Kazakhstan. The cooperation with the industry is expanding; much attention is paid to the practical importance of the university projects. The research innovation activity is intensified, and the number of start-ups and research for production increases.

In 2015, the University-2025 road map was adopted for 2016-2025 years, according to which the university should enter the top 300 best universities of the world (Times Higher Education Ranking). The new course of the university development guarantees students the highest quality of education and ample opportunities in the field of employment and career, both in Kazakhstan and abroad. 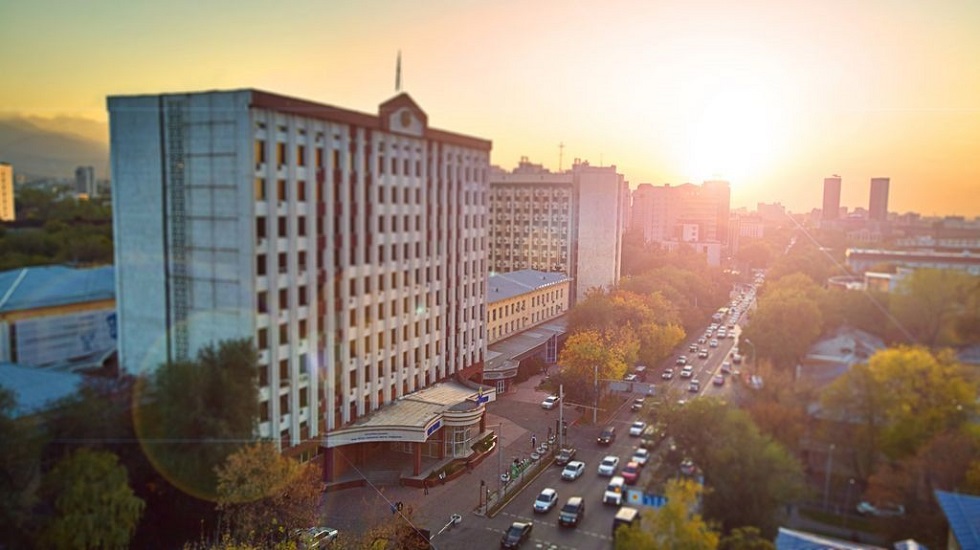 Institute of digital equipment and technologies

The leading organization in Kazakhstan in the field of industrial automation, big data and machine intelligence. She conducts research in the field of IT and 3D technologies, develops, implements and implements innovative technologies in the field of industrial automation, digitalization and instrumentation. The Institute has an Automation Center, an experimental design bureau and a supercomputer modeling laboratory that provide services for processing large data arrays, designing and developing software. The institute team is the author of the only in the CIS system of integrated planning of business processes for large enterprises. 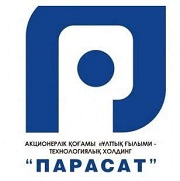 Scientific-technological and educational center, created in order to provide the economy with popular and competitive innovative scientific developments in priority areas of activity. The holding develops and implements technologies for the hydrocarbon and mining and metallurgical sectors and related service industries, conducts projects in the field of enrichment and metallurgical processing of ore and industrial raw materials, the production of metals, alloys and composite materials, conducts research in the field of solar and hydrogen energy, develops educational multimedia products. The Center was established on July 3, 2008, and 12 organizations with a wide field of activity in the field of science and production are united in the structure of the company. Entered Satbayev University on December 19, 2014. 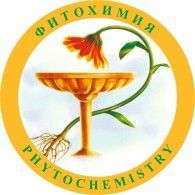 One of the leading scientific centers in the Republic of Kazakhstan in the field of phytochemical studies of plant materials and the creation of preparations based on them. The holding conducts a comprehensive development of original domestic herbal remedies: from the search for biologically active substances, the cultivation of medicinal raw materials, its processing and to the production of pilot batches of dosage forms of new herbal remedies. One of the tasks of the center is the generation and implementation of scientific and technological innovation projects for the development of the domestic chemical and pharmaceutical industry. A subsidiary of Satbayev University and the National Science and Technology Center "Parasat", was established in 1995.

“Physicotechnical Institute” is one of the leading research institutes of Kazakhstan in the field of materials science, high energy physics and cosmic rays. The Institute has a modern scientific, technological and analytical infrastructure for conducting fundamental and applied research, performs a number of innovative projects, the implementation of which will be of great importance for the organization and development of high-tech innovative industries in Kazakhstan. The results of scientific research conducted at the Institute have received international recognition and have been published in leading publications of the United States, European Union countries, and Japan. The only scientific organization of the Republic of Kazakhstan in the development of fundamental and applied problems of hydrogeology, geo-ecology and rational integrated use of water resources of the subsoil of the Republic of Kazakhstan. The Institute conducts major fundamental and regional applied research in the field of establishing patterns of formation and placement of various types of groundwater, identifying groundwater resources, developing new methods for their assessment, hydrogeological stratification and mapping, forecasting man-made hydrogeological processes using modern methods of chemical analysis of water. The developments of the Institute are widely known all over the world. Created in 1965 on the basis of the Department of Hydrogeology and Engineering Geology of the Institute of Geological Sciences. K.I. Satpayev.

Institute of geography of the Republic of Kazakhstan 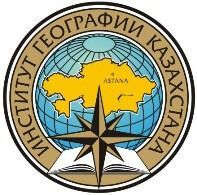 Institute, studying the complex problems of interaction between nature and society. One of the oldest research centers of an academic profile in Kazakhstan and the only research institute of a geographical profile in the Central Asian region. The studies of the Institute are focused on solving environmental problems and assessing the natural-resource potential of the republic's geosystems with the development of the geographical foundations of rational environmental management. The main directions of the institute are hydrology, glaciology, geomorphology, landscape science, mapping. The institute took part in solving scientific and applied problems in all large state and interstate projects (the Aral Sea region, Prikalkas'e, the Caspian Sea region, the Semipalatinsk region, etc.). The world level of scientific research is confirmed by joint work on programs and projects with foreign companies and institutions. Created in July 07, 1983 on the basis of the Geography Sector of the Kazakh SSR Academy of Sciences, established in 1934.

The leading geological research center, which has highly qualified specialists and a modern laboratory and analytical complex, allowing a wide range of research in the field of regional geology, stratigraphy, mineralogy, geochemistry of solid, liquid and gaseous systems, the study of mineral deposits and oil geology. The Institute takes an active part in international geological forums, commissions on stratigraphy and carbon geology, paleontology, and geochemistry. The Institute for International Geological Correlation of UNESCO is actively working at the Institute’s base Conducts joint scientific and applied research on programs and projects with companies and institutions from far and near abroad (Russia, China, Serbia, Germany, USA, England, Japan, Turkey, Belgium). Created in 1940 by Kanysh Imantayevich Satpayev. 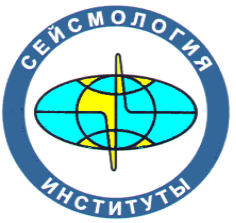 The only specialized organization in the field of fundamental and applied research on the problems of ensuring seismic safety in the Republic of Kazakhstan. The Institute conducts projects aimed at forecasting earthquakes, seismic hazard, damage forecast and reducing the consequences of strong natural and man-made earthquakes. The structure of the Institute has nine research laboratories conducting fundamental and applied research. The institute has also created a seismological situational center equipped with advanced software and hardware, carrying out continuous instrumental monitoring of the seismic regime, geophysical fields, and the gas-chemical composition of groundwater in the south-east of Kazakhstan within the framework of the program 024 “Monitoring of Seismological Information”. Created on June 16, 1976, in 2012 officially registered with UNESCO.

Institute of metallurgy and enrichment 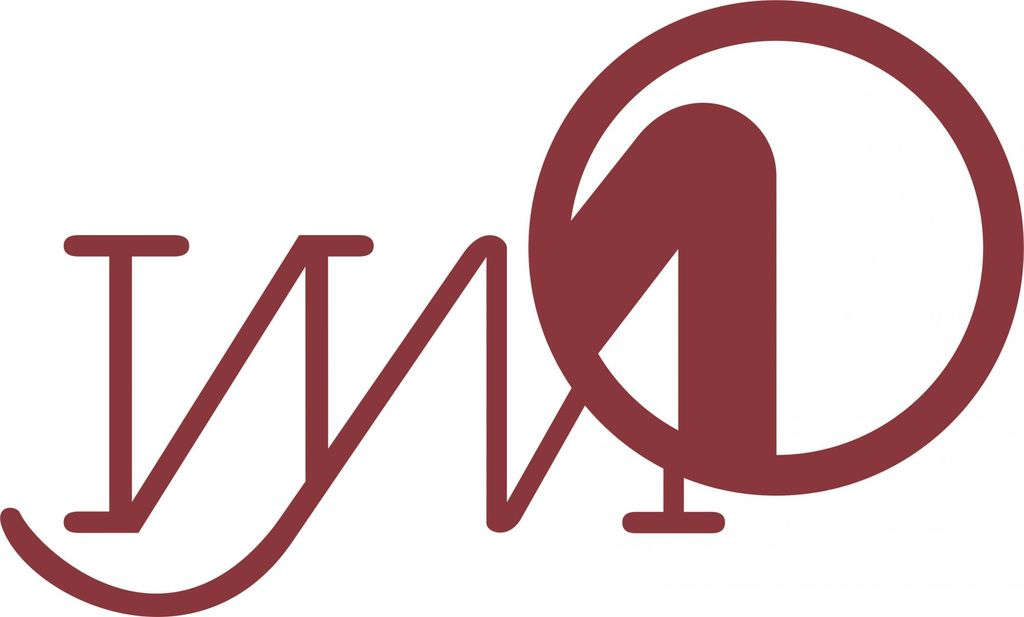 A large world-class research institute carrying out fundamental and applied research and the development of new technologies in the field of mineral processing, metallurgy and materials science. It is engaged in the development of theoretical foundations for the enrichment of mineral raw materials, metallurgy and materials science and the development on their basis of competitive technologies for the mining and metallurgical industries of the republic. The achievements of the Institute in the field of development of metallurgical science and practice were highly appreciated and recognized at symposia and conferences abroad (USA, Canada, Switzerland, Germany, England, China, Spain, Korea, Belgium, Czechoslovakia, Japan, Hungary, Yugoslavia, Turkey, Russia).

The leading scientific organization in the East of Kazakhstan, dealing with the complex problem of the reproduction of mineral raw materials, its environmentally safe processing with minimal negative impacts on the environment. The Institute is engaged in the development of fundamental and applied geological science, research and applied work to ensure the mineral resource base of East Kazakhstan and the environmentally safe functioning of the population’s life in the mining regions of the country. Organized in December 2007 on the basis of the Altai department of the “IGN them. K.I. Satpayev ", created in 1949.