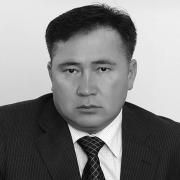 I entered the Kazakh polytechnic institute named after V.I. Lenin in 1993, as at that time KazPTI was the leading university that trained specialists in the field of geology so I chose “Mining engineer-geologist” specialty.  Not surprising, “General and Structural Geology” was my favorite discipline during my studies.

The first practice is one of the warmest memories of university life. An invaluable acquisition is a piece of knowledge and advice from experts in a particular field.

"Development of technology for drilling wells in coal seams in zones of actinic structures with adaptation to geological conditions of the Karaganda basin", it was the name of my diploma project.

An invaluable acquisition is a piece of knowledge and advice from experts in a particular field.

Would I like to be a guest lecturer? Definitely yes, I would like to read lectures on such disciplines as geology and coalbed methane extraction.

In KazNRTU’s future, I see the largest research and educational complex in Kazakhstan with a well-developed infrastructure of both innovative researches and high-precision production.

I want to advise the young generation: write down all your expectations from study and work. This will help you understand yourself and your life goals better.