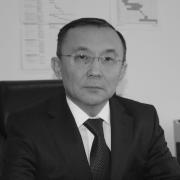 Specialty: ""Technology and complex mechanization of development of oil and gas fields""

I entered the Kazakh Polytechnic Institute after V.I. Lenin in 1973. The choice was made at my father’s insistence; his name was Bimagambetov Mustakhi Latipovich. By his major, he was a teacher, but based on circumstances he was working as a journalist. He was a correspondent of the regional newspaper and regional newspaper editor. During that period, he traveled over the whole Mangyshlak peninsula and it coincided with discovering of such oil-gas fields as Uzen and Zhetybay. He repeatedly used to visit explorers’ teams in the most inaccessible corners of the peninsula. During such missions, he acquired a sense of respect for hard and dangerous profession of oil-gas workers.

When I finished secondary school in Shevchenko city, the father’s recommendation about further study was unambiguous – only the higher oil education. Therefore, I also came to oil faculty of Kazakh Polytechnic University (KazPTI). I had no ideas about my future profession.

My specialty was called "Technology and complex mechanization of development of oil and gas fields" of KazPTI oil faculty; shortly we were called "Developers". We assumed that the technology of oil production is the most interesting in oil industry.

The technology of oil production is the most interesting in the oil industry.

During our study, "Technology and Technics of Oil Recovery" discipline was pleasant to me more than the others were. As the majority of special disciplines, we began to study it in the third year. Exactly at that time, I became an excellent student and got the enhanced scholarship – 62.5 rubles (the standard one was 50 rubles). In addition, the hardest discipline for me as it was for many people in the group, was "Resistance of materials", known in student's circles as "Theory of materials strength". Unfortunately, from the very beginning, I could not come to grips with this discipline and I had to learn by heart information that I did not understand. As a result, I had “C” mark and was very happy with it.

From teachers I remember Zakharov Oleg Petrovich, Gorgel Evgeny Pavlovich, Omarov Punktbay Omarovich who conducted special disciplines. They were very competent, demanding, at the same time, subtle psychologist; they were good at reading people, so they taught us to be worthy individuals, then good specialists.

The warmest memories of student days for me are the period of project work graduation. At this time, all character features of students and teachers are exposed, it is worth noting that teachers were worried as well about our projects’ successful completion and surely, of defense. The teachers did their best to provide maximum support to our work.

My diploma paper was dedicated to development analysis of the 13th stage of Uzen field, which contained difficult calculations connected with thermal impact on oil layers. During an externship at the field, in summer 1977, I managed to collect the sufficient volume of materials and it really helped me. I was greatly helped by heads of repair drilling engineering service-4 (RDES-4) of “Uzenneft” oil-and-gas production department (OGPD): Boranbayev M.B., Kubyshev Z.K., Kussayev H.N. and others. Later, already working at a plant, I heard that some graduates of the next years used information from my diploma paper, which made me happy.

After graduating from the institute as based on Soviet period, I was sent to “Zhetybayneft” oil and gas mining enterprise of “Mangyshlakneft” production association. After the detailed interview with OGPD Head Salamatov M.G., they sent me to underground workshop repair of wells, to the master Abdullaev Ramis’ crew. After a while, I got an appointment of an assistant of oil-gas production department # 2 where Zhalgassov Zh.N. was the plant superintendent.

Believe me, it is worth it!

I think the gained institute knowledge helped me during an initial stage of work, especially during work as the process engineer under H.S. Hayrushev’s leadership, and further they were complemented with practical capabilities. In three years, after working out the required years, I passed into OGPD “Komsomolskneft” where I passed all echelons of occupational ladder; from an operator on well survey ending with OGPD first deputy head. Then I worked in CJSC “Kazakhoil”, CJSC “Oil and gas transportation”, LC MNC "KazMunayTeniz”, LC “Oil Company KazMunaiGas”. The position of LC “KazMunaiGas” senior vice president was my last position. Now I am retired.

The institute study adopted skills of work with technical literature, ability to work with the large quantity of data given for analysis, taught to take responsibility for work results, conscientiousness, diligence, etc.

I want to say to the present generation of students that they should go to university not because of having diploma, but to become professionals. It can be reached just due to persistent and routine work, but believe me, it is worth it!