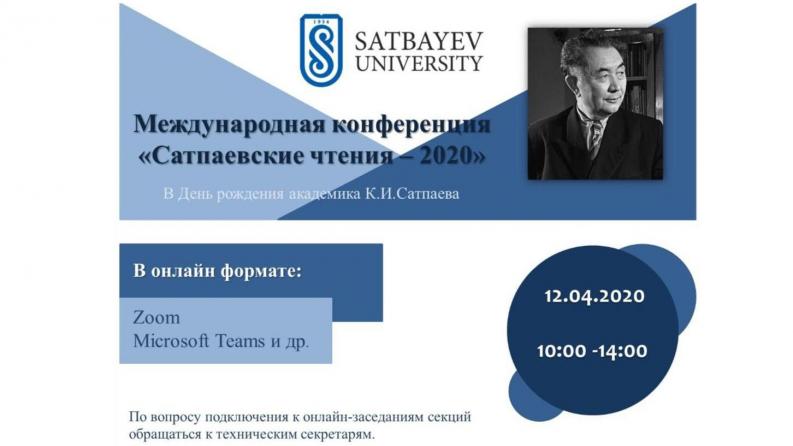 The date of the given conference was not chosen by chance. The Republic of Kazakhstan celebrates both the Day of scientists and the birthday of the outstanding geologist, the first President of the Academy of Sciences of the Kazakh SSR Kanysh Imantayevich Satbayev. K.I.Satbayev devoted his entire life to the formation and development of science in our country. Since 1999, our University has  been bearing  his name with pride.

The topics of “Satbayev Readings – 2020” scientific conference are very diverse. 30 specialized sections in 8 scientific areas are involved in work:

The 20th anniversary “Satbayev Readings” fell on a hard time, when all the university’s activities are realized due to remote regime.

“Satbayev Readings” conference received 396 scientific reports, 176 of which were heard in an online format. Conference proceedings in electronic format will be posted at Satbayev University website.

Satbayev University administration  thanks all participants of the conference for their fruitful work and  wishes them further creative successes!