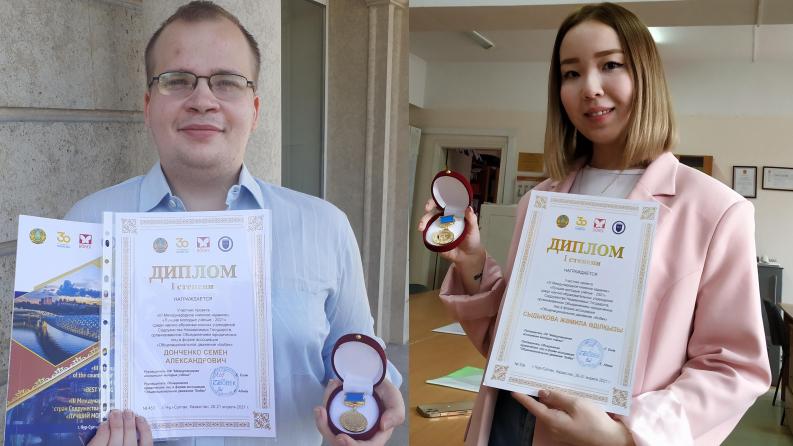 On April 20-21, 2021, the International Scientific and Practical Conference of the III International Book Publication of the Commonwealth of Independent States «Best Young Scientists-2021» was held in Nur-Sultan. It is a unique project aimed at popularizing the science and personal achievements of young scientists of the CIS. It is organized by the International Association of Young Scientists with the support of the Association of Legal Entities in the form of the association «National Movement «Bobek».

The scientific research presented by the students of the «Architecture» department of the Institute of Architecture and Construction named after T.K. Bassenov, Satbayev University was highly appreciated and awarded with diplomas of the 1st Degree and medals:

The final results of the work will be published in the conference proceedings for 2021.

We congratulate you and wish you new achievements in the scientific field!