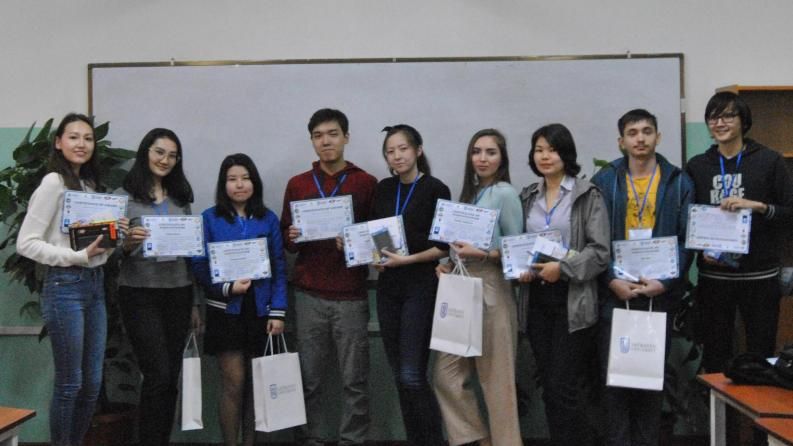 In the framework of the 120th anniversary of Academician K.I. and 85th anniversary of Satbayev University, the English Language Department of Akzhan Mashani Institute of General Education held the annual interuniversity English language Olympiad among students of non-linguistic specialties. The Olympiad consisted of 2 rounds, which took place on April 13 and 20, 2019. Students of all non-linguistic specialties had an opportunity to test their level of English and compete with students from other universities.

Holding the English Language Olympiad among technical universities in Almaty has become a tradition. According to the rules, this competition is conducted by the University, the student of which won it in the previous year. In March last year, the 2nd year student of our university Saule Uvakova of specialty “Geology and Mineral exploration” won this Olympiad.