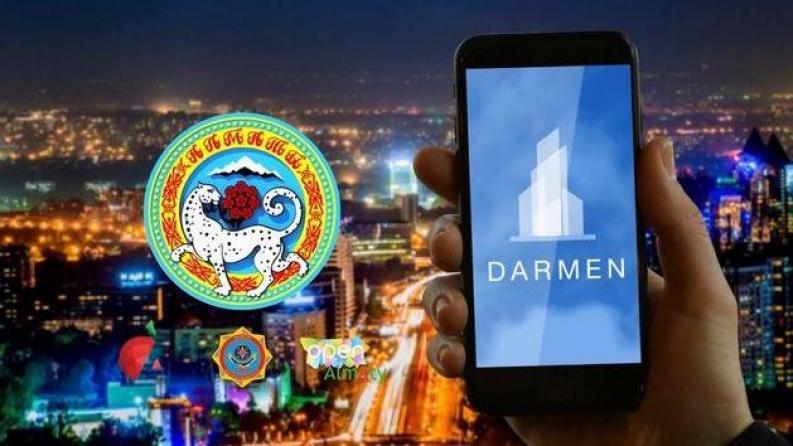 The project was implemented by Emergency Situations Department of Almaty together with Almaty Development Center and the Kazakhstani company - "I2NIK" LLP developer within the framework of Smart Almaty concept.

The mobile app is available for downloading to all owners of smartphones and tablets based on Android and IOS operating system in the state, in the Russian and English languages.

For "Darmen" development, there was studied the experience of alerting the population through mobile applications in Japan and the United States.  Meanwhile, our app still allows informing the population about the threat and occurrence of emergencies in Almaty territory (including storm warnings) during a few seconds. In the future, when implementing an early warning system for earthquakes, this application will notify citizens of an upcoming earthquake.

So far, Emergencies Department of the city generates notifications after receiving operational information from the hydrometeorological service, Seismological experimental and methodological expedition. Next, Emergencies Department’s operational duty officer enters data into the system, which instantly sends push notifications to the application users.

The mobile app has been tested and has shown high efficiency in the prompt delivery of notifications in comparison with the previously used SMS notification.

You can download the app on the mobile phone in the app stores App Store and Play Market by entering the word “Darmen.”