On the 13th of November, 2019, in Almaty was held the solemn ceremony of presentation of the independent award “The Leader of Science - Web of Science Awards”, where the authors of publications and research organizations of the Republic of Kazakhstan were noted for their outstanding contribution to the development of science.

According to the international information and analytical platform Web of Science, over the past five years among the technical universities of the Republic of Kazakhstan, Satabyev University has won the nomination “Leader on the number of scientific publications in the digest of “Web of Science Core Collection”

The award was presented by the President of the National Academy of Sciences of the Republic of Kazakhstan Murat Zhurinov and the Managing Director of Clarivate Analytics in Russia and the CIS countries Oleg Utkin.

The award was organized by the oldest international science metric system Web of Science, whose current owner and developer is Clarivate Analytics. The Web of Science platform has been operating since 1961, the core of the platform is the database of Web of Science Core Collection.

The Award of the Leader of Science of Clarivate Analytics is presented once a year for contribution to the development of higher education and research and is one of the most prestigious in the academic community, the number of its laureates does not exceed more than 500 people per year worldwide.

“Now 13 Kazakhstani magazines are included into the Web of Science, said Murat Zhurinovich at the presentation. - This is a very big achievement. We can quite justifiably speak about the success of Kazakhstani science.

Also, 2019 has been marked by the introduction of a new Top Young Scientist category.

At the presentation ceremony, Clarivate Analytics specialist Valentin Bogorov made a report, where he pointed out a soaring increase of the citation of Kazakhstani scientists over recent years. 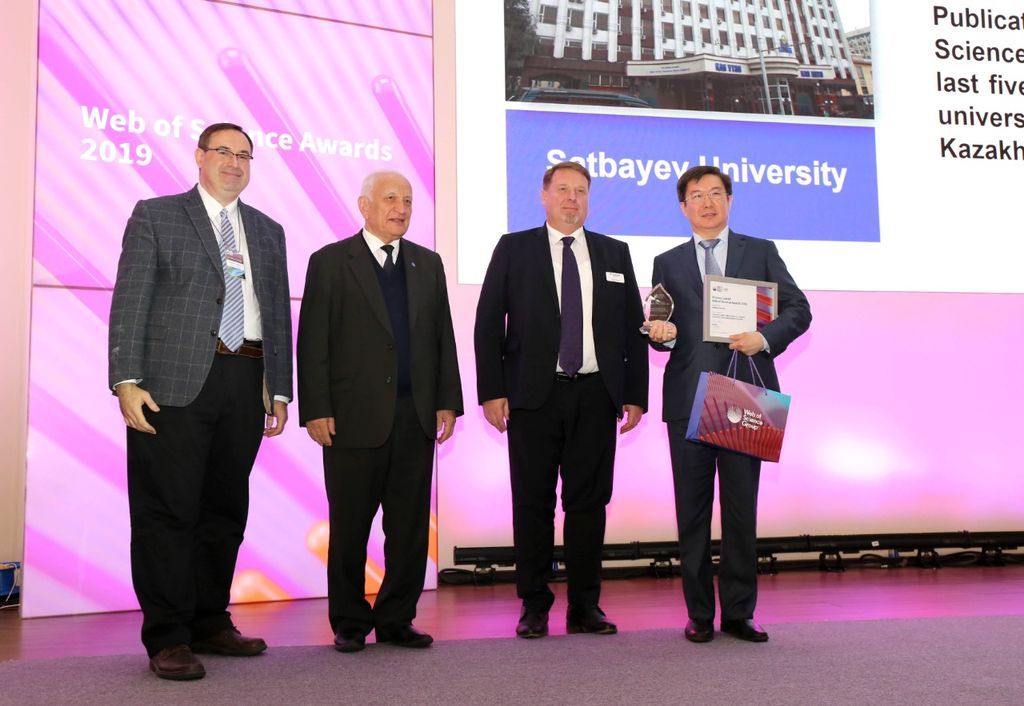