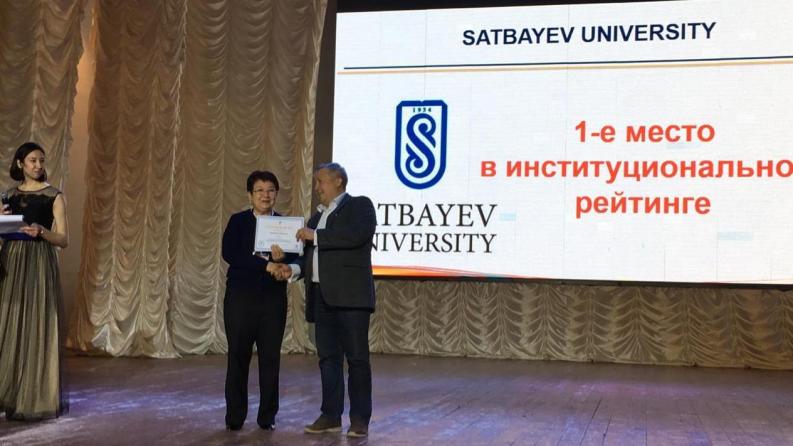 The solemn ceremony of awarding certificates to the best higher educational institutions in the country in 2019 was held in Nur-Sultan city. Satbayev University was recognized as the best technical university based on three nominations.

The national ranking of the best universities in Kazakhstan has been held since foundation of Independent Agency for Quality Assurance in Education, starting in 2008. In 2019, 11th National Rating was released.

-  IAQAE national rating gives universities the opportunity to improve their activities. We not only publish the results in national newspapers, but also provide data to each institution of higher education, where they are based on each criterion, and they make changes to their strategic plans, said Sholpan Kalanova, President of Independent Agency for Quality Assurance in Education.

- Already three global rankings have begun to put indicators on universities’ social responsibility. In addition, according to the results of these ratings, it was concluded that social responsibility indicator improves or increases university influence on local development and graduates related to society growth and university influence through digital technologies, Kalanova informed.

During the event, certificates were awarded to universities that are included in institutional rating based on different areas.

- As is known, Independent Agency for Quality Assurance of Education recognized Satbayev University as the best technical university in Kazakhstan in 2019. On May 27, 2019, the university was awarded at certificate awarding  ceremony of National Rating of the Best Higher Education Institutions of Kazakhstan - 2019 for the victory in the following nominations: “The Best Technical University”, “The Best Reputation According to Experts,” “The Best Reputation According to Employers”, noted Vice Rector for Academic Affairs of Satbayev University Rinat Iskakov.