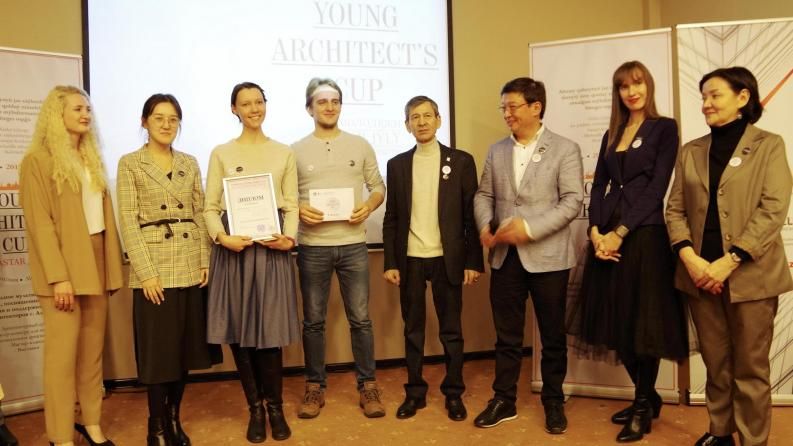 On December 7, 2019, as part of the "year of youth support in Kazakhstan", with the support of the akimat of Almaty and the Union of architects of Kazakhstan, the Republican competition – Architectural Cup – for young architects of Almaty was held.

The event was attended by 8 teams, of which two teams represented Satbayev University.

Which included students, undergraduates and doctoral students, practicing architects from Almaty and Nur-Sultan.

In addition, a competition for young practicing architects was held.

At the end of several stages of the competition, a team from Satbayev University called PolyArch won a convincing victory and won the main prize.

As part of the team, representatives of the Department of "Architecture" showed themselves brightly: Vladimir Yaskevich, doctoral student, Anara Nogaybayeva, Daria Abaydulova, Oksana Barsukova, undergraduates. The jury highly appreciated the professional training of all team members, their creativity and team spirit.

Alimkulov Zhandos, a graduate architect of our University, 2018, received his diploma in the competition for practicing architects.

Students and undergraduates of the Department "Architecture" actively participated in all quizzes and competitions, and won a large number of prizes. 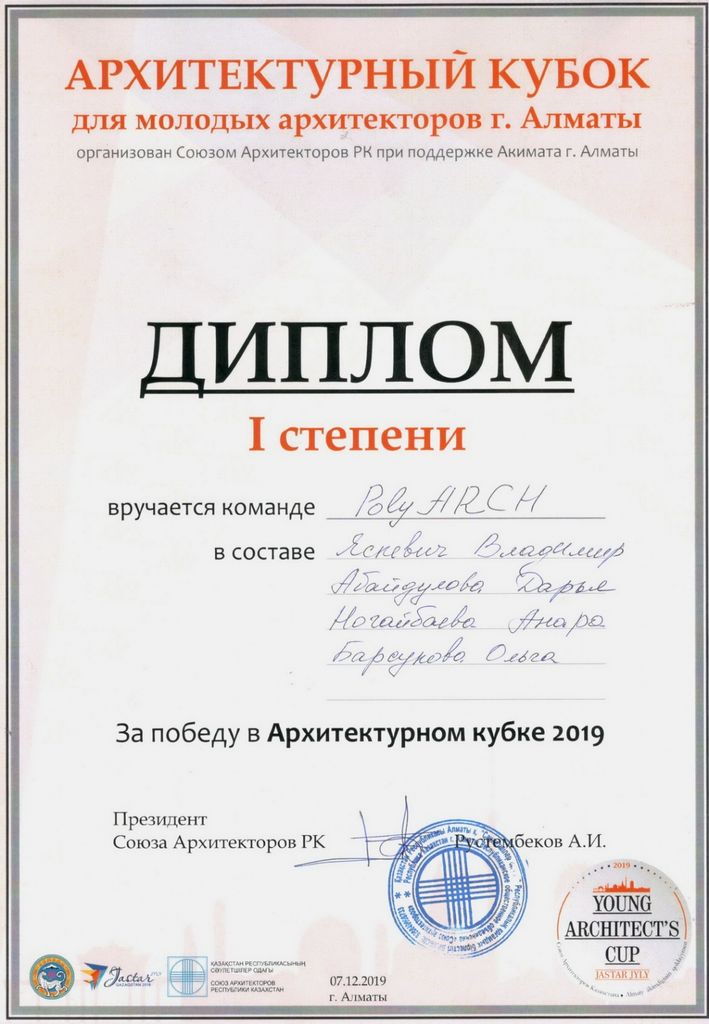 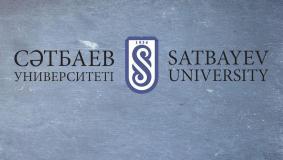