The awarding ceremony for the winners of the epos “Yer Yedіge” 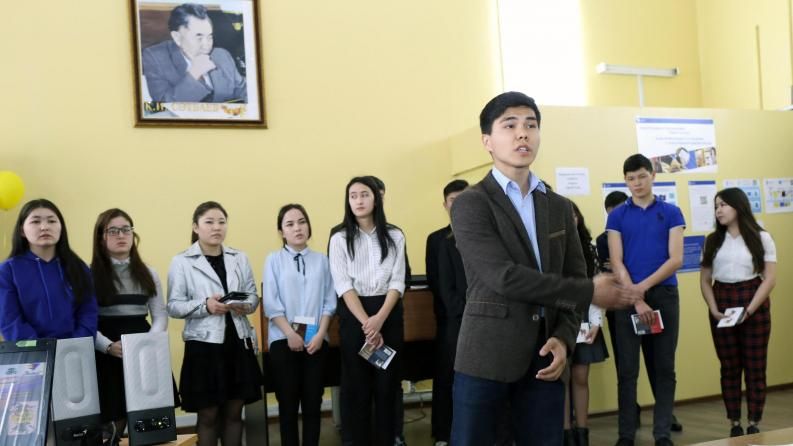 The awarding ceremony for the winners of the “Yer Yedіge” epos contest was held on March 28, within the program “Ruhani Zhanyru” organized by the Kazakh and Russian Languages ​​department of Satpayev University and dedicated to the 120th anniversary of K. Satpayev itself and the 85th anniversary of the university. The competition started on February 21 on the International Day of the Mother Language and ended on March 21 on the eve of Nauryz.

Edyge is a well-known historical figure, he was an influential adviser to the khans of the Golden Horde, a major military leader who fought for the establishment of a peaceful life in the Desht-Kipchak steppe. The "Edyge" epic appears among many Turkic peoples in slightly different versions. KI Satpayev recorded the epos in his young age from the mouth of the people and published in 1927 in Moscow; the preface to the first version of the epic was prepared by K. Satpayev, and is itself a valuable literary study. The book was again published in Kazakh and Russian in 1995.

The competition of the readers of the epic “Yer Edyge” keeps the traditions of the competitions “Tulpar minip, Tu algan!” and “Kobylandy zhatka” aiming to bring together students with the spiritual heritage of K.I. Satpayev, to awaken in them interest in heroic epics and the love of folk poetry.

20 students participated in the competition of the “Yer Edyge” reading. The Grand Prix was awarded by a student, Inzhu Kabdrash, the first place given to Elaman Seilbekov, the second place – Guzal Sultanbaeva and the third place – Nargiz Abdіbaeva. All winners were awarded diplomas, books and cash prizes. Also, all participants in the competition received a gift copy of a version of the epic “Yer Yedіge” from 1995, specially reprinted in the printing house of the university.

The International Society "Kazakh Tili", the Office for the Development of Languages ​​and the Department of Culture in Almaty provided all possible assistance in holding the event.

The members of the jury were: Head of the department of language development and the transition to the Latin script of Akimat of Almaty, Ph.D. Bakhyt Kalymbet, editor-in-chief of the publishing department of JSC “Abdi Company”, Ph.D. Kanat Uskenbay and Chief Researcher of Kazarcheology LLP, Orynbai Oshanov. The guests of the event appraised the historical significance of the personality of Edyge and the importance of the epos for the Kazakh culture. They expressed their gratitude to the organizers of the competition.

Satbayev University was included in The Times Higher Education rating

Mining and metallurgical foundation of development
Back to top