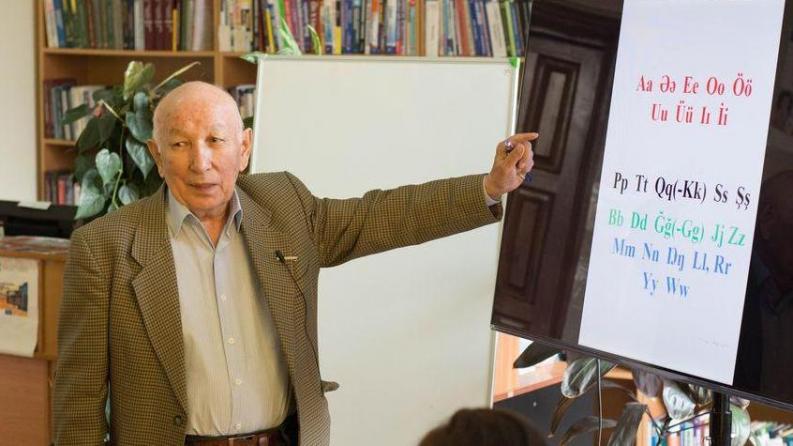 On February 6 the regular scientific seminar of the Kazakh and Russian languages department was held. This time the focus was on issues related to the transition of Kazakh graphics on the Latin basis. The seminar was attended by teachers from several departments of the University, representatives of Abai KazNPU and the Institute of Linguistics named after A. Baitursynov.

In the report "Writing principles:  an original sound – an original sign" A. Zhunusbek told about the variant of the Latin alphabet, developed at the Institute of Linguistics named after A. Baytursynov. According to the speaker, the development of the new alphabet should also ensure the preservation of the Turkic graphical system, which would strengthen the unity of related languages and would not prevent free reading of texts written in any of them. The reporter particularly focused on approaches that could be used to design borrowed words.

The report of N. Amirzhanova "Kazakh graphics in the Latin alphabet: difficulties in forming orthographic norms" was devoted to the spelling side of the problem of change of graphics. The speaker made a short excursion into the history of Kazakh spelling, described its principles, listed the main problems of Kazakh spelling in preparation for the transition to the Latin alphabet, as well as possible ways to solve them. During the discussion of the report of N. Amirzhanova sounded questions about the degree of influence of the Russian language on certain variants of spelling of words of the Kazakh language, about the spelling design of the terms of exact and engineering sciences, about new possibilities of orientation on the language-source of borrowing and others.

After the presentations, participants asked questions to the speakers and shared their observations and opinions. Employees of the Institute of Linguistics named after A. Baitursynov thanked the audience for their lively interest in the issues and active participation in the discussion. 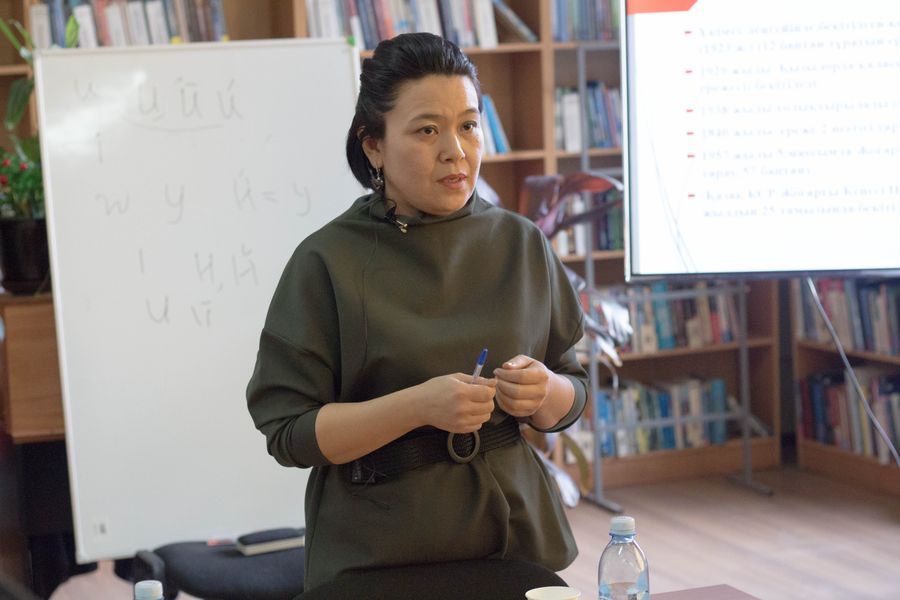