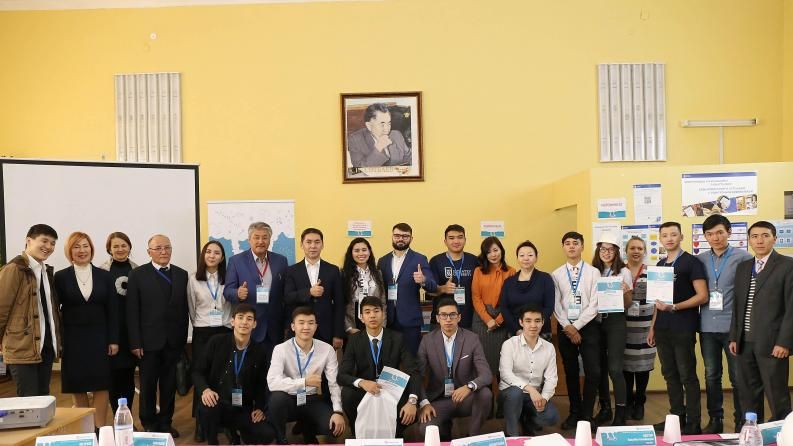 The jury, chaired by the head of the blast hole drilling department of the company “Eurochem-Fertilizers” Askar Abdumominov, awarded the title of winners to the team “Young Engineers”. The winners Balkibayev Alisher, Kairova Samal, and Kumarbekov Azamat will go to the finals championship to Moscow in February. The second and third places shared the teams “Alatau” and “Shakhtostroy”.

The jury with one voice emphasized the increased level of presentations in comparison with the last year. The contestants presented a solution to the real problem provided by the company “Eurochem”. The solutions were unexpected, useful for the company as well as well-calculated and well-presented. The company representative stressed that the ability to count well shown by the participants is precisely that very thing which the company “EuroChem” requires from its employees.

The representative of the Foundation “Nadyozhnaya smena” Sergey Mikhailov shared  the information about the championship:

-The championship is run in a new format, which is still being tested around the world. However, it has already gained a good reputation –it is a case-study method. The participants do not just solve the problems, they need to fully formulate a technical solution, take into account the economy, the effectiveness of the technology. This is a very interesting format that gives the participants the opportunity to put themselves in a young specialist’s place and to start solving real workplace problems.

We hope that more and more students will participate in our championships from year to year, as this experience will further help them to get a job. He added that the best participants of the championship, even if they are not among the winning teams, have the opportunity to get into practice, to come to the internship and finally to come to work at the company “Eurochem”. 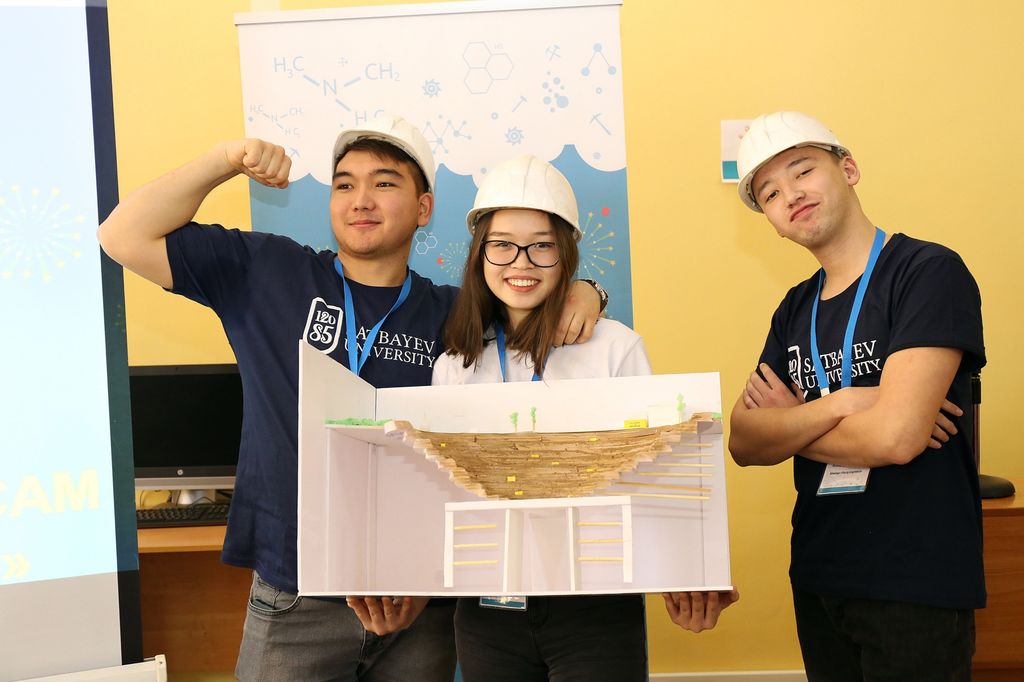 The championship on solving the “EuroChem” engineering cases has been held since 2014 with the support of the Foundation “Nadezhnaya smena” and the company “Eurochem”. This championship takes place in four industrial leagues: “Mining engineering” and “Mineral Fertilizers”. The qualifying stages are held at 14 technical universities in Russia and Kazakhstan, and the finals championship will be run in Moscow. At the final competition, the expert commission will consist only of “Eurochem” company employees who will come from all over Russia to personally evaluate the participants.

The winners of the final stage will be invited to work in the company and will be able to attend the forum of young specialists of the company, while still studying at the university. For the new employees who decide to change their place of residence to work with “Eurochem”, the company provides housing and good social benefits.

This year, the VI season of the league “Mining engineering” has already been held at Satbayev University. The previous season was held in 2018. The winner of the qualifying round of 2018 was the “Pitman” team, headed by the permanent participant of the championship Daulet Magavyanov.