Satbayev University hosted the Olympiad in the Electrical Engineering» disciplines 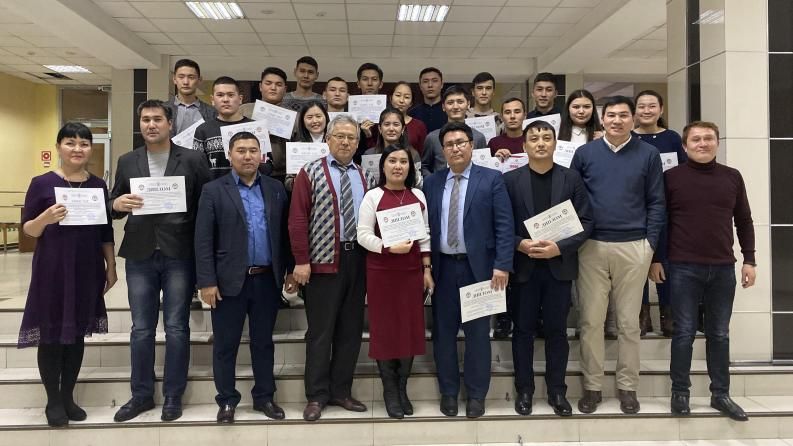 The organizers of the Olympiad are the head of the department E. Tashtay, assistant-professor A. Abdykadyrov, lecturer A.E. Kuttybaeva, senior-lecturer N.K. Smailov, assistant M.M. Mamadiyarov, Zh. M. Dosbaev and S. Masxuly. The event was attended by a representative of the training center «Alpha Academy», director of the A. Burkitbaev Institute of Industrial Automation and Digitalization B.O. Omarbekov, Deputy Director T. Basenov Institute of Architecture and Construction Zh.O. Zhumadilova, Head of the Department «Construction and Building Materials» N.K. Kyzylbaev, assistant-professor, Department of Automation and Control N.S. Sarsenbayev.

The Olympiad was held in two rounds, more than 50 active university students took part in it. Students showed their skills in electrical engineering and the ability to investigate electrical indicators of electrical processes at specific stands. 6 students went to the second round.

In the team competition, 1 place was taken by the T. Basenov Institute of Architecture and Construction, 2nd place - A. Burkitbaev Institute of Industrial Automation and Digitalization, 3rd place - Department of «Automation and Control». In addition, students who took an active part in the Olympics were awarded diplomas and letters of thanks.